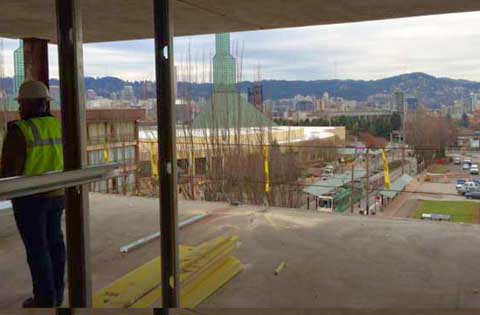 Check out these dramatic photos of Hotel Eastlund during construction. Photographer Sam Tenney captures some of the amazing steel, glass and carpentry professionals who helped build the newest and finest luxury boutique hotel on downtown Portland’s Eastside. Tenney’s photos convey the sweeping views and grand scope of our prime Lloyd District location.

END_OF_DOCUMENT_TOKEN_TO_BE_REPLACED 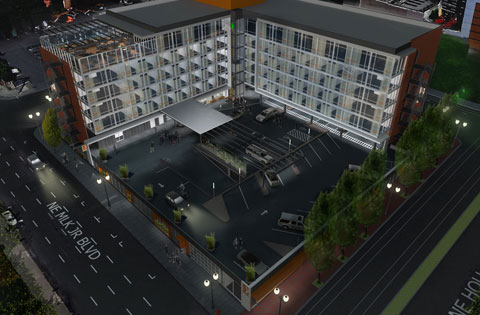 Hotel Eastlund Opens in May

Managing partner Alan Battersby says Hotel Eastlund, with its modern design elements and floor-to-ceiling windows, will “help drive the revitalization of the Lloyd District” as the first luxury boutique hotel on the inner eastside of Portland, Oregon. “The hotel will be the catalyst to draw more travelers and local residents to this part of town.” -by Larisa Owechko

END_OF_DOCUMENT_TOKEN_TO_BE_REPLACED 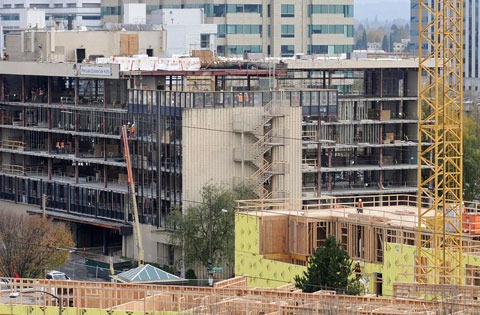 A steel skeleton is just about all that remains of the former Red Lion Hotel in the Lloyd District across from the Oregon Convention Center. Construction crews have been gutting the building to make way for the Hotel Eastlund, which is being billed as a luxury boutique hotel that will open in May 2015.

END_OF_DOCUMENT_TOKEN_TO_BE_REPLACED 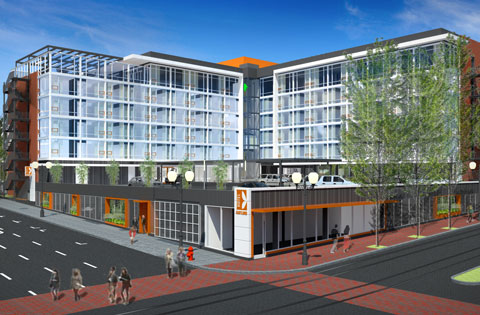 Portland officials are reviewing a plan, which calls for a complete reboot of the half-century-old hotel. When it reopens in May, the hotel will have two new restaurants run by Portland chef David Machado. The hotel will also include 168 guest rooms, two boardrooms, two private dining rooms, a ballroom, an underground parking garage, and 1,000 sq ft of retail storefront. –by Elliot Njus

END_OF_DOCUMENT_TOKEN_TO_BE_REPLACED 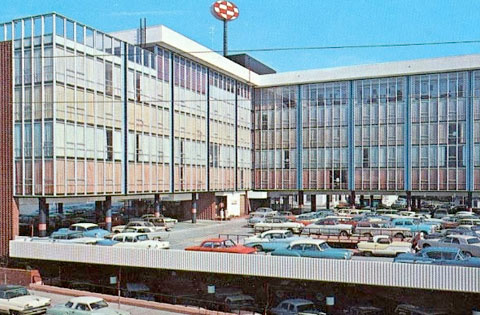 What Was Once Old…

The development team behind the Hotel Modera is at it again with another major remodel of an old 1960’s style motel into a contemporary boutique hotel. Grand Ventures Hotels and Holst Architecture have re-imagined the aging Convention Center Red Lion into a more urban, modern form. The $10 million dollar project looks to completely revamp the building with new rooms, additional retail space, and other amenities.