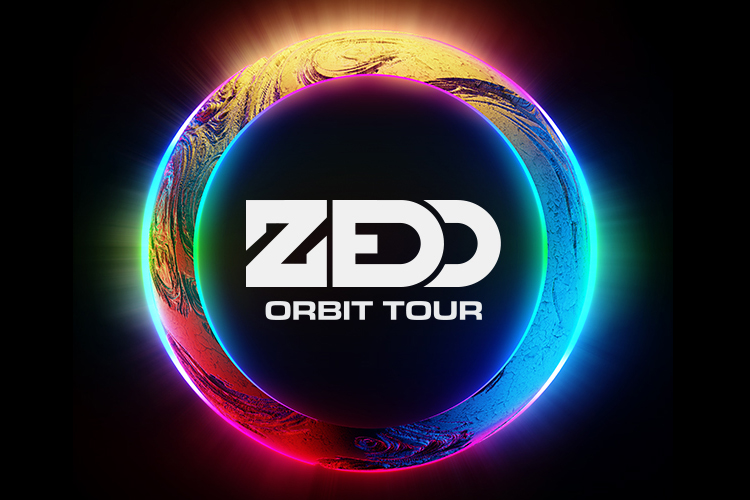 Multi-platinum, GRAMMY® award-winning artist/DJ/producer Zedd has announced hisOrbit Tour, a world tour which will kick off in North America in September and bring Zedd through Seattle, San Francisco, Atlanta and more throughout the US. Following his US dates, Zedd will then bring the Orbit Tour across the Atlantic, marking Zedd’s return to tour Europe for the first time since his True Colors Tour in 2015.

Known for his electrifying and exhilarating live shows, Zedd’s 2019 World Tour will feature a brand new production unlike anything fans have seen from Zedd’s live shows before. Joining Zedd as support on the North American dates are Jax Jones andNOTD.Tickets for the Orbit Tour will first be available via artist presale beginning May 7 at 10am local time.Fans can register for first access to pre-sale tickets atwww.zedd.net. Tickets will then go on sale to the general public on Friday, May 10 at 10am local time. See below for a full list of tour dates and, for more information, please visit www.zedd.net/tour “I’ve been working extremely hard putting together this new tour and am beyond excited to finally take it out on the road and share it with my fans,” says Zedd, “It’s going to be unreal–I can’t wait to see everyone at the OrbitTour!”

Today’s tour announcement comes on the heels of Zedd’s recent sets on the mainstage at Coachella, where he“blessed” fans (Billboard) with live performances of his hit singles like “The Middle,” “Stay,” and his latest single“365” along with his “striking visuals” (Variety)–making Zedd one of the festival’s “acts not to miss” (VMagazine).Ahead of the OrbitTour, Zedd will headline a sold out show at the iconic Red Rocks Amphitheatre in Denver,CO on June 19, aptly titled ZEDD ON THE ROCKS. In addition to ZEDD ON THE ROCKS, this summer will see Zedd headline at some of this summer’s top festivals includingFirefly Music Festival, Electric Zoo, Life IsBeautiful, Sunset Music Festival, Spring Awakening, Digital Dreams, FVDED in the Park and more!