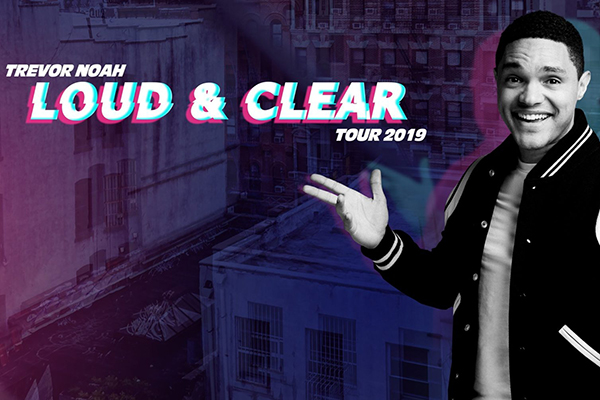 Trevor Noah is continuing to cross North America on his arena outing with the Loud & Clear Tour 2019. The tour, which kicked off January 18 in Toronto, will now visit cities including Columbus, Los Angeles, Orlando, Austin, Phoenix, San Francisco, and many more. The Emmy-winning The Daily Show host and celebrated comedian is known around the world for his insightful and authentic take on politics and current events. Born in South Africa during the end of apartheid, he often shares incisive social and political commentary on his Comedy Central The Daily Show platform and through his various stand-up specials and writing.  In 2016, Trevor released his first book Born a Crime: Stories from a South African Childhood, which became an instant New York Times bestseller. In April, Trevor launched a new podcast series “On Second Thought: The Trevor Noah Podcast” exclusively on Luminary where he challenges all listeners to explore unfamiliar angles, embrace differing viewpoints, and celebrate the contradictions.