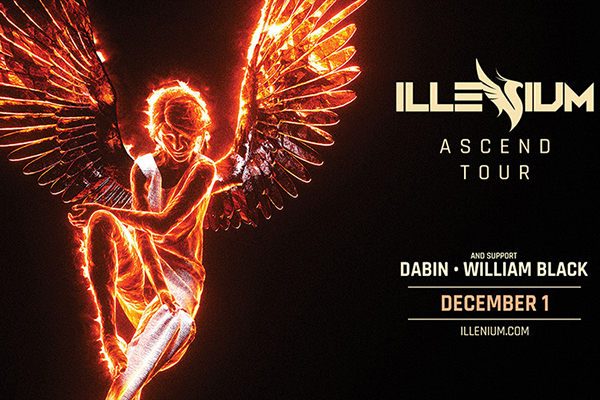 ASCEND represents entire the scope of ILLENIUM’s expansive, entrancing, and engaging vision. Once again, he elevates his signature sound with majestic melodies, intriguing instrumentation, and genre-defying songcraft. He introduced this chapter by way of the latest single “Good Things Fall Apart” with Jon Bellion. Straight out of the gate, it blasted off with stratospheric success. During its first week at radio, it became “#1 Most Added at Alternative.” Additionally, it debuted at #13 on the Billboard Dance chart. To date, total streams have surpassed 22 million and counting. Attracting acclaim, Billboard dubbed it, “a happy slice of emo-inspired with a side of radio pop.”

ILLENIUM creates immersive emotional experiences, displaying an adeptness for crafting aural arrangements that vary in style, beauty, complexity and depth. With two full-length albums to his credit and sundry singles and remixes, he has surpassed the one billion stream mark across his discography.