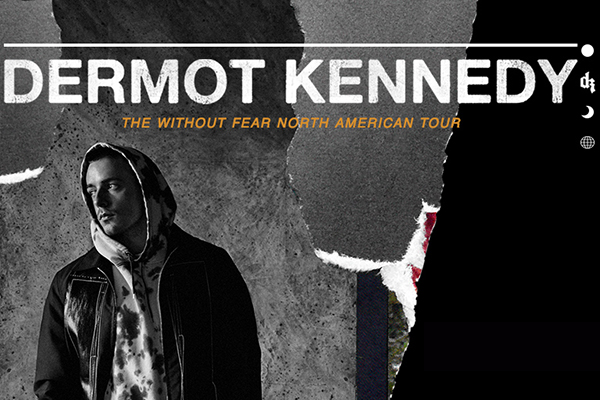 Dermot Kennedy’s debut album, WITHOUT FEAR, is set to be released on October 4th. His global streaming numbers continue to rise, with over 600 million across all platforms and 9 million+ monthly listeners on Spotify alone. Recent praise comes from the likes of the Los Angeles Times, TIME Magazine, The New York Times, NPR, Complex, and Billboard.

Dermot recently appeared on The Late Show with Stephen Colbert for his debut US TV performance, quickly followed by an appearance on one of America’s top talk shows, The Ellen Show, wowing both crowds with a performance of “Power Over Me,” which has reached #1 on the airplay charts in France, Germany, and Belgium and achieved Double Platinum in Ireland, Platinum in the Netherlands and Switzerland, and Gold in Canada. His latest single, “Outnumbered,” is now sitting on BBC Radio 1’s A-list and has been steadily climbing the UK charts since its release, currently sitting at #20 in the Official Chart—proving him to be one of the most exciting global stories of 2019.