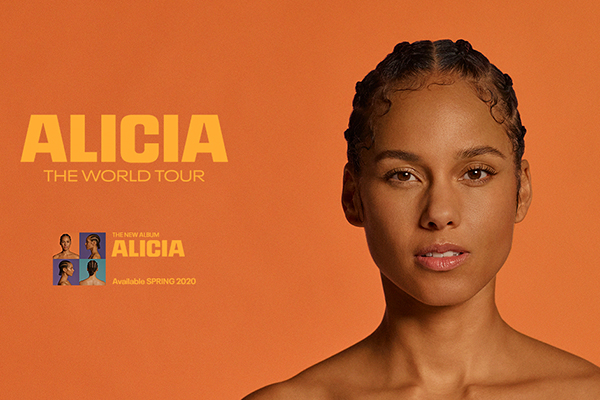 Alicia Keys is a modern-day Renaissance woman—a 15-time Grammy Award-winning artist/song- writer/musician/producer, an accomplished actress, a New York Times best-selling author, a film/ televi- sion and Broadway producer an entrepreneur and a powerful force in the world of activism. Since the release of her monumental 2001 debut album, Songs in A Minor, Keys has sold over 65 million records and built an unparalleled repertoire of hits and accomplishments. Keys’ forthcoming seventh studio al- bum, ALICIA, is slated to be released in the spring of 2020. The first single, “Show Me Love,” earned Keys a record-extending 11th number 1 on the Billboard Adult R&B Songs airplay chart. Keys will release her new book, More Myself, on March 31, 2020 via Flatiron Publishing.